Members of the Ward lab group participated in a month-long research cruise in Spring 2012 in the Eastern Tropical North Pacific (ETNP) as part their ongoing project entitled “Control of Denitrification and Anammox in the Oxygen Deficient Waters of the Eastern Tropical North and South Pacific.” This project is a collaboration with Ward’s long time colleague Dr. Allan Devol at the University of Washington, continuing their exploration of nitrogen transformations in the oxygen depleted zones (ODZs) of the world oceans.  The science party consisted of Princeton graduate students Andrew Babbin and Nick Peng, senior researcher Amal Jayakumar, post doc Bonnie Chang and PI Bess Ward.  Additional participants included collaborators from UW (PI Allan Devol, post docs Rachel Horack and Clara Fuchsman), plus additional collaborators from other institutions such as Stanford, USC and Old Dominion, and colleagues from Denmark and Germany (Figure 1).  The goal of this cruise was to 1) measure the rates of nitrogen transformations in the low oxygen water of the ETNP using stable isotope tracer methods in a variety of experimental designs and 2) obtain high quality nutrient and gas data throughout the water column in order to evaluate changes in the conditions of the low oxygen water over time.  Colleagues from Denmark, Niels Peter Revsbech and graduate student Laura Tiano, used their high sensitivity STOX electrodes to investigate the rate of oxygen consumption on the water column.  They also deployed the sensors on the CTD and verified that the concentration of oxygen in the ODZ is effectively zero for in a layer several hundred meters thick.

Sample and Experiment information: The Thomas G. Thompson (Figure 2) accommodated all of our sampling and analysis needs admirably (Figure 3).   The weather was perfect for the entire cruise (Figure 4) –maybe that’s why we study the tropics? Seawater was collected using a rosette of Niskin bottles (Figure 5, Figure 6) from the surface down to 4000 m for later analysis of nutrient concentrations.  Suspended particles, RNA, and DNA were sampled throughout the oxygen minimum zone using inline filtration in order to evaluate the community composition of bacteria, archaea and phytoplankton involved in nitrification, denitrification, anammox and nitrogen assimilation (Figure 7).  Bacterial and phytoplankton cells were collected for later determination of community composition via microscopy and flow cytometry.  15N incubation experiments were conducted to quantify rates of nitrification, denitrification, anammox, dissimilatory nitrate reduction to ammonium and nitrogen fixation, using multiple isotope tracers.  Incubations were performed in small (Figure 8) and large (Figure 9) gas impermeable bags, as well as in thousands of small glass vials (Figure 10).  The experimental incubations resulted in thousands of isotope samples, which are now being analyzed by mass spectrometry in the laboratories of Ward, Devol and their collaborators. 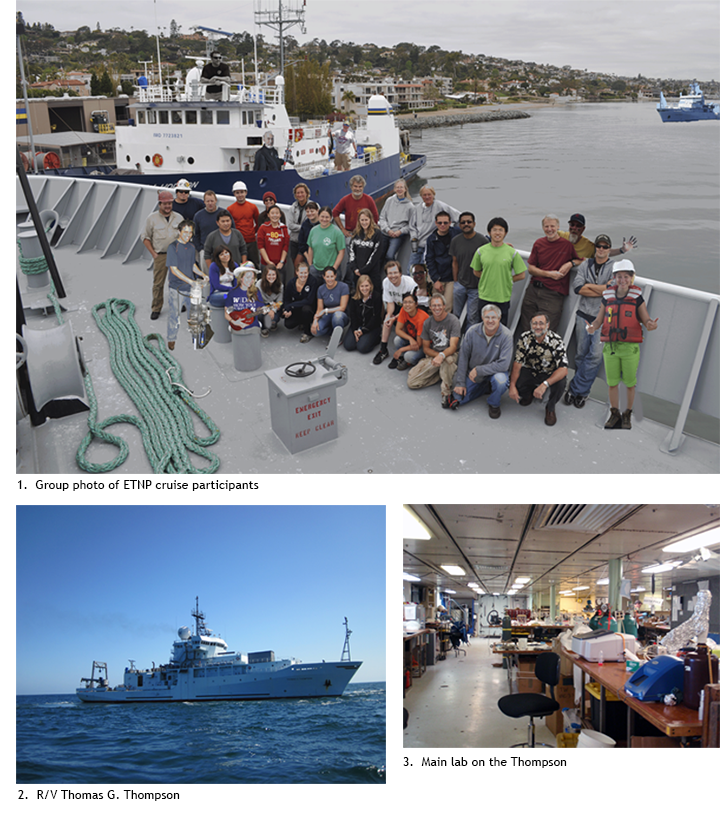 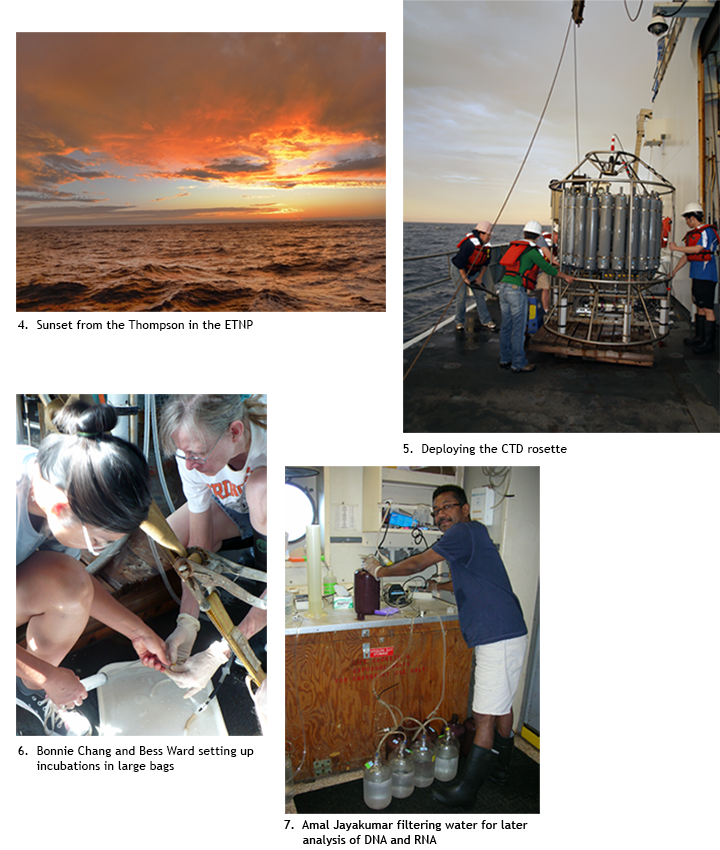 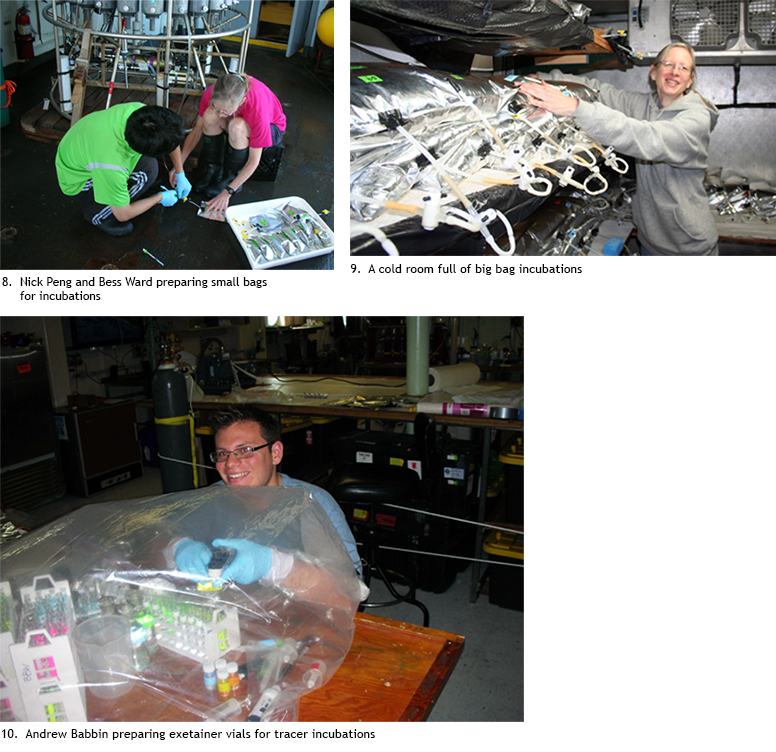