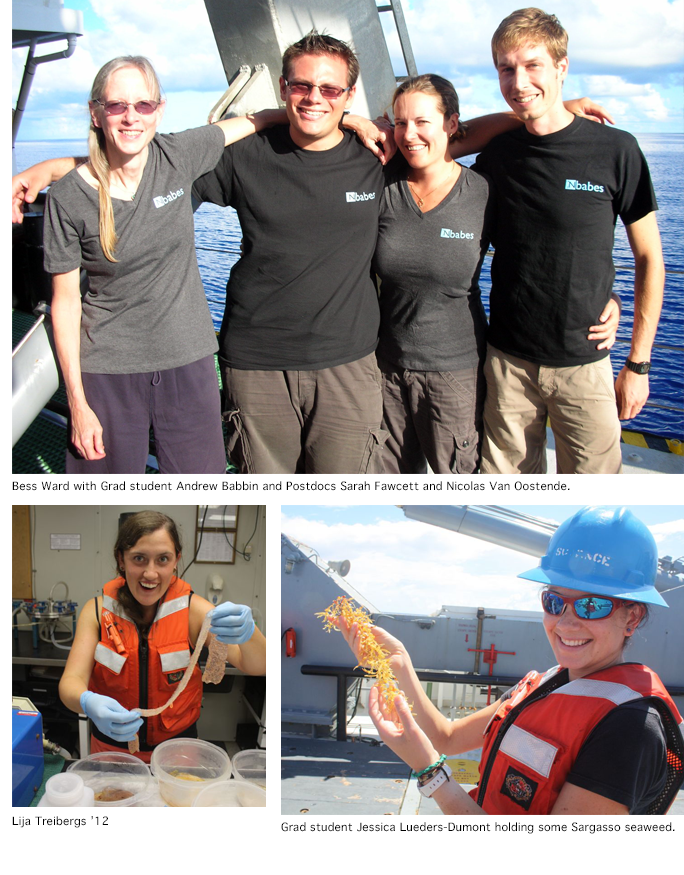 The Ward and Sigman lab groups’ recent four-day research cruise to the Bermuda Atlantic Time-series Study (BATS) site in the Northwestern Sargasso Sea complements an earlier winter cruise as part of a collaborative project entitled “Functional diversity of marine eukaryotic phytoplankton and their contributions to C and N cycling.” The goal of this cruise was to investigate the taxonomic, genetic, and functional diversity of eukaryotic phytoplankton and zooplankton with respect to nitrogen and carbon cycling during the highly stratified water column conditions characteristic of the summer in the subtropical North Atlantic. Professor Bess Ward, undergraduates Lija Treibergs, and Tyler Tamasi, together with new graduate student Jessica Lueders-Dumont and graduate student Andrew Babbin, postdoctoral associates Sarah Fawcett and Nicolas Van Oostende, and laboratory manager Alexa Weigand sampled the upper water column for everything from picophytoplankton to mesozooplankton. This work was complemented by tracer incubation experiments designed to quantify rates of primary production and nitrogen uptake by phytoplankton. Over the next two years, these collections will be augmented with samples taken on two cruises in the subarctic North Atlantic.

Sample information: Seawater was collected using a rosette of Niskin bottles (pictured) from the surface down to 3000 m for later analysis of nutrient concentrations; suspended particles, algal pigments, RNA and DNA were sampled throughout the sunlit surface layer (down to ~150 m) using techniques such as inline filtration and large volume pumping in order to assess the key players in nitrate assimilation; bacterial and phytoplankton cells were collected for later determination of community composition via microscopy and flow cytometry; zooplankton and phytoplankton net tows were carried out to collect foraminifera and their prey for later N isotope analysis; and 15N and 13C incubation experiments were conducted to quantify rates of nitrate and ammonium assimilation, as well as carbon fixation, by different phytoplankton groups. 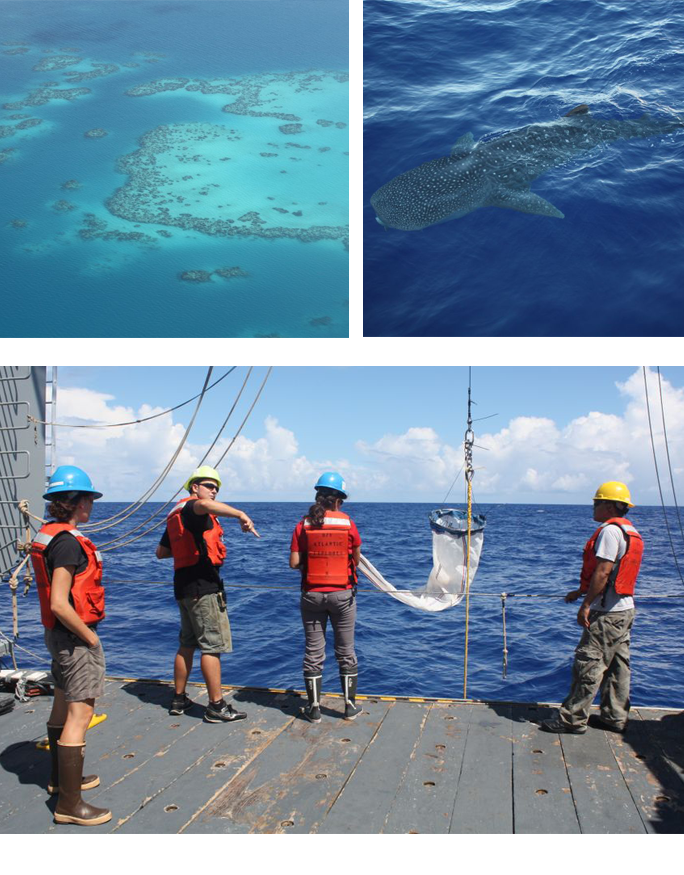